There’s no getting around it: the holiday season is upon us. Now that Thanksgiving is coming up next week, all the holiday indicators finally feel a little more appropriate, so At Quaquanantuck can attempt to let go of at least some of its entrenched curmudgeonism.

And, thanks primarily to the Quogue Library, there are a number of programs and events on the calendar with no connection to holiday themes, along with one or two to keep us all in tune with the season.

Consider, for example, such wellness programs as the Yoga with Amy Hess session scheduled for Friday, November 17, from 10:30 to 11:30 at the library. Or the upcoming installment of a Lu Jong Tibetan Healing Movement workshop led by Joelle Kelly on Sunday, November 19, from 1:30 to 2:30 p.m.

While most people are, at a bare minimum, at least familiar with yoga and its many benefits, not so many know about the Lu Jong movements that gently work the spine to promote flexibility and core strength, while helping practitioners to cultivate focus and balance. Call the library at 631-653-4224 to sign up for either or both of these sessions.

While we’re on the topic of movement as it pertains to wellness in humans, Sean Morrison has apprised At Quaquanantuck that a stretching class he has been teaching in Quogue for the past few years now has a different venue. Since a number of his class members are from Quogue, Sean was hoping that they could be readers of this column and he might be able to share news with them here.

Sean will be  teaching a class on Wednesday, December 6, at 6 p.m. at the Westhampton VFW and a class on Saturday, December 9, at 11 a.m. at the East End Dance School located in the Village Square in Speonk, unit 10 in the building complex. For more information, try emailing Sean at snmorrison@aol.com.

Flowers by Rori Leads the Way in Seasonal Decoration Workshop

Circling back to the library, for crafty types, another session of Fresh Floral and Greenery Decorating with Flowers by Rori is coming up on Thursday, November 16, at 6 p.m. The project for this session will be to “Create a Fall Seasonal Decoration”; call 631-653-4224 to sign up or to find out more. 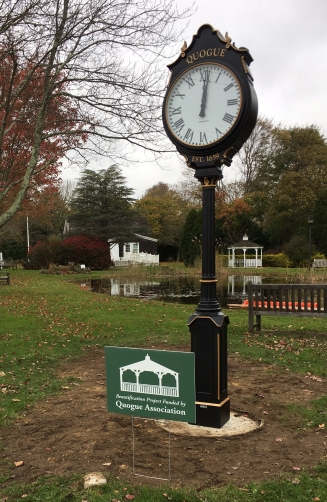 To quote the band Chicago, “Does anybody know what time it is?” The Quogue Association wanted to make sure that villagers do, and so the Association stepped up to oversee, and pay for, the replacement of the stopped clock by the pond on Jessup Avenue in the downtown business district. Above, workmen move the timepiece into position, left, and the newly installed clock just before its very first tick-tock. –Photos courtesy of Paul Mejean.

On Saturday, November 18, it’s time once again to join friends, neighbors, and other cinephiles for an evening of fine food and a terrific film at the monthly Film Feast at the Quogue Library. This month’s selection is the 2011 feature documentary “The Flat.”

The film, an Israeli-German co-production written and directed by Arnon Goldfinger, was theatrically released in September 2011 in Israel, where it played continuously for 13 months.

The flat on the third floor of a Bauhaus building in Tel Aviv was where Mr. Goldfinger’s grandparents lived since they immigrated to Palestine in the 1930s. The film, which begins with the emptying out of the flat, develops into a riveting adventure involving unexpected national interests, a friendship that crosses enemy lines, deeply repressed family emotions, and even some secrets that should have probably remained untold.

A review in the San Francisco Chronicle sums it up this way: “The movie feels more like a thriller and a mystery than a documentary. Perhaps someday, someone will be inspired to dramatize this astonishing story.”

The feasting begins at 6:15 and the film will be screened at 7:15. As always, admission is a beverage to share and a dish that serves at least six. Please note that there is an additional $5 fee for out-of-district participants. Best to call the library at 653-4224 to let them know you’re coming and what food you’re planning to bring.

There’s more movie magic coming up at the Quogue Library on Tuesday, November 21, at 6 p.m. when the silent film “Beggars of Life” from 1928 will be screened, accompanied by a new original score by the Mont Alto Motion Picture Orchestra. 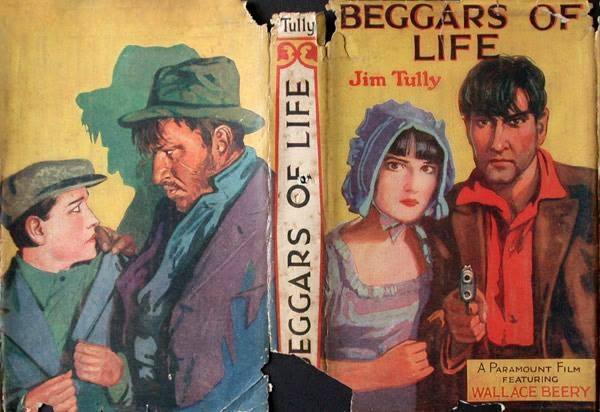 Starring Louise Brooks, Richard Arlen and Wallace Beery, the film tells the story of a train-hopping female hobo (Brooks) who dresses as a boy to survive. After escaping from her violent stepfather, she befriends a kindly drifter (Arlen) and all goes well until a run-in with Oklahoma Red (Beery) and a “daring, desperate conflict on top of a moving train.” (The magic is achieved without any CGI.)

See the Rockettes and Have High Tea at the Plaza

Although there is limited seating, there may still be some tickets left ($175 per person) for a New York City bus trip organized by the Quogue and Westhampton libraries to go see the Radio City Christmas Spectacular and then enjoy high tea at the Plaza Hotel.

Quogue residents who score tickets will need to be in front of the library for the 8:30 a.m. pickup. The bus will return to the library in the neighborhood of 11 p.m.

Catching Up with Weddings … and New Arrivals 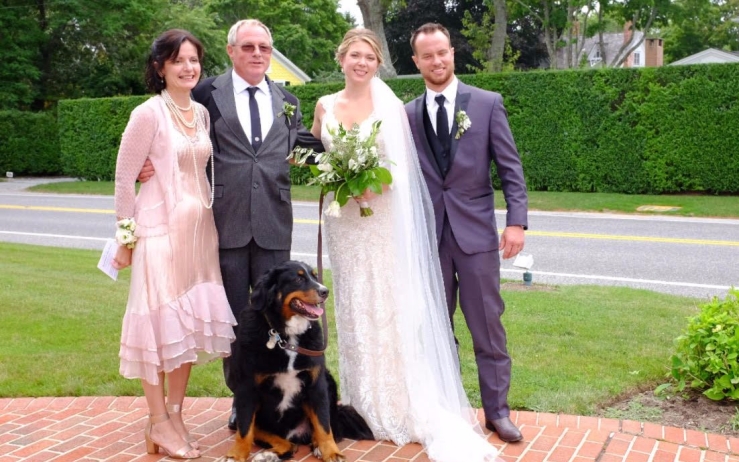 Way back on July 29, Gigi Rutherfurd was joined in marriage to Matt Ravenhall. Thanks to the mother of the bride, Jennifer Rutherfurd, At Quaquanantuck has photos of the event. At top, parents of the groom, Chris and Steve Ravenhall with bride and groom
and the happy couple’s dog, Jake. Above, clockwise from top left: father
of the bride Alec Rutherfurd toasts the newlyweds; Alec and Gigi
have their dance; and Gigi with her
sister and maid of honor, Isabel.
–Kory Kingsley Photos

By a somewhat circuitous cyber route, At Quaquanantuck received this photo to share with readers of Michael and Kenzie Reinoso’s wedding in Florida on October 14, 2017. Congratulations to the happy couple and their families.

Alex and Claudia Baez are new

For the month of November the Quogue Library Art Gallery is presenting “Fall Collective: Celebrating East End Artists,” a curated exhibition introducing a mix of artists who have exhibited in past shows along with some who are new to the venue. An artists’ reception will be held on Sunday, November 5, from noon to 1:30 pm.

The group show, curated by art gallery committee members Lulie Morrisey and Cristina Kepner, showcases the vibrant and diverse nature of the local art scene. The artists in the exhibit use a variety of mediums in their work, including, among others: solar plate prints; oil and copper leaf; digital photographs; multi-layered resin relief sculpture; and collaged and painted photo transfers.

The “Fall Collective” will remain on exhibit through November 30. For further information contact Lulie Morrisey at lulieinquogue@gmail.com or 631-902-7766.

Meanwhile, history buffs and supporters of the Quogue Historical Society are urged to save the date of Saturday, December 9, for the annual QHS Holiday House Tour from 2 to 6 p.m. The QHS is seeking volunteers to serve as docents during the tour. To sign up, email info@quoguehistory.org or leave a message at 631-996-2404.

This year’s tour includes five Quogue houses festively decorated for the holiday season. The tour is followed by a cocktail party from 6 to 8 p.m. Tickets, which go on sale in November, are $60 for the tour, $50 for the party; $100 for the tour and party; and $125 for patrons.

At Quaquanantuck encourages readers to send in news and notes and photos of interest to Quogue residents, even if the items are being sent from winter addresses or other parts of the country. Friends and family who enjoy all things Quogue are encouraged to email AtQuaq@gmail.com and ask to be put on the mailing list, or just to visit AtQuaquanantuck.com and feel free to follow.

This is a text widget, which allows you to add text or HTML to your sidebar. You can use them to display text, links, images, HTML, or a combination of these. Edit them in the Widget section of the Customizer.
Loading Comments...
Comment
×
%d bloggers like this: